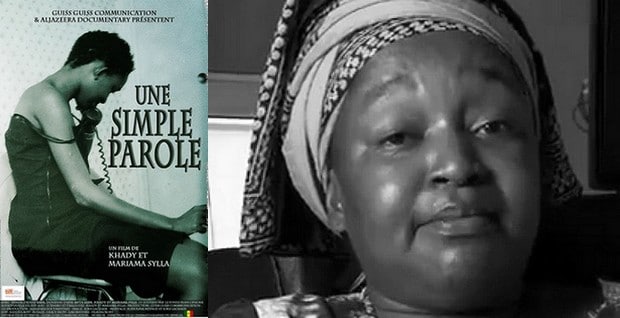 A Single Word: the Senegalese movie rewarded in Hollywood

The Senegalese film-maker, Khady Sylla, would have uselessly lived. Since her death on 8th October 2013, her works have continued to be rewarded during the great international festivals. The movie « A Single Word » corealized with her sister, Mariama, has just won « Diversity Award » by Women’s International Film and Television Showcase (WIFTS) of Hollywood (Los Angeles).

According to its promoters, The Prize rewards women who become famous in the field of cinema and television for their creativity, their originality and their fighting spirit.

« The prize will be delivered on 6th December 2014 during the International Visionary Awards ceremony that will take place in Hollywood, the famous district of Los Angeles considered as the crossroads of the American cinematographic industry », indicated the production house, Guiss Guiss Communication.

The documentary movie was projected at the « Three Continents Festival » that was held in the city of Nantes (France) from 25th November to 2nd December 2014. The work is also nominated at the « Black Women’s Movie » International Festival of California that will take place from 4th to 14th December 2014. Before this date, the movie released on 8th October 2014 (anniversary of the death of Khady) was projected « in preview » at Toronto International Film Festival (TIFF) held from 4th to 14th September 2014.