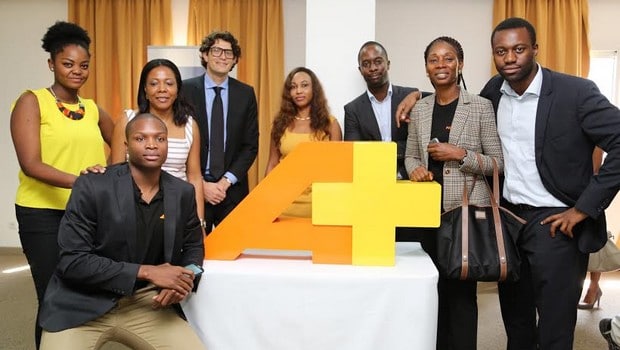 A+: the great African channel presented to Togolese

Africa Top Success was reporting it that A+, « the great African channel » has started its programs since 24th October 2014. To be better known by the Togolese public, the African channel of Canal+ was presented on Wednesday, 12th November 2014 followed by a meeting with the press in Lomé.

A positive and forward-looking Africa, that is the image « the great African channel » conveys through its programming adapted to African cultures. As it is about Africa, the team of the new channel based in Abidjan (Ivory Coast) is mainly composed of Africans who have already proved themselves on the continent. Such is the case of Jean Luc Agboyibor, previously Project Manager at Africa Top Sports and Africa Top Success.

Available from Canalsat Access formula at 5000 FCFA per MONTH, A+ proposes new and cult series, entertainment shows that promote talents as well as movies. For Damiano Malchiodi, Manager for A+, the new channel aims to be popular and answers the expectation of all the family.

He also seized the opportunity to pay tribute to six Togolese directors, prize-winners during the edition 2014 of the Pan-African festival of short film, « Clap Ivoire« . The Togolese film-makers are thus invited to propose quality contents. According to Françoise Le Guennou-Remarck, Manager for the institutional relations of A+, Togolese directors and producers should seize the opportunity offered by A+ in order « to be in the race ».