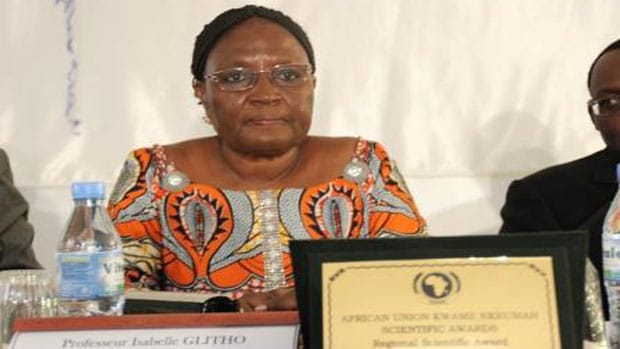 The universities of Togo welcomed on Tuesday, March 11th, 2014, the exceptional career of Isabelle Adolé Glitho, the first woman teacher in animal biology of the country. Prize-winner of « Kwame Nkrumah » scientific Prize 2013 organized by African Union, Isabelle Adolé Glitho is working in order to increase the number of women in scientific domain in Togo.

A PhD owner in entomology in 1977, Glitho belongs to the cream of researchers in Africa. The Togolese specialized in physiology of development and in reproduction of insects, was successful as a full professor in animal Biology in 1998. The professional activities of the latter did not prevent her from making use of her African woman values to which she is attached.

Several revolutionary initiatives at the “Université de Lomé” are to be added to the list of achievements of this fighting lady. We note among her achievements, the creation of the laboratory of applied entomology and the establishment of International Master’s degree in Environment, Water and Health involving five countries of which Togo.

Chairwoman of the foundation « Togolese Women for Science and Technology Development (Femmes Togolaises pour la Promotion de la Science et la Technologie) », the Togolese scientist is militating for a better representation of Togolese women in the universe of science. The system of mentorship and tutoring that she set up already bears fruits.

« Kwame Nkrumah » prize is not the first award received by Adolé Glitho. She was decorated for services to education of France in 2003, of Togo in 2010, of CAMES , Chevalier of the Legion of Honour of France, Isabelle Adolé Glitho dedicated all her prizes to her collaborators.

Adolé Glitho has a bibliography worth of her rank. She has already published 80 articles and about fifteen scientific reports on achieved research projects.