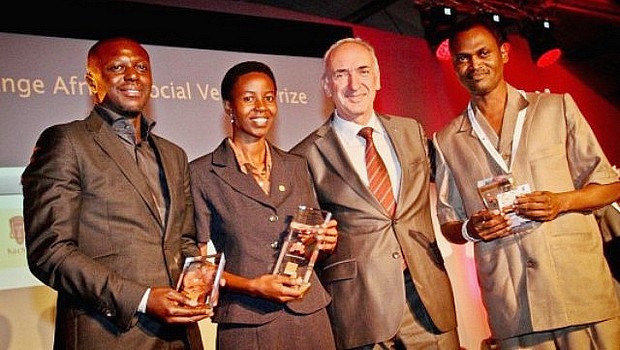 Africa: launch of Orange Prize for Social Entrepreneur in Africa 2015

Orange has launched a call for applications for the 5th edition of Orange Prize for Social Entrepreneur in Africa. This initiative aims at encouraging start-up projects making innovation serve the acceleration of development of the African continent.

The Prize rewards three projects with grants for 25 000, 15 000 and 10 000 Euros as well as six months of support by experts. Orange will deposit a patent for the first prize-winner in the country where the project will be operated.

Internet users are also invited to participate in the selection by choosing their favorite project on the portal of Orange in Africa. The file of the prize-winner « Crush » is directly submitted to the jury together with the other finalist projects.

For four years of existence, the Orange Prize for Social Entrepreneur has got a wonderful success of which show 2 000 projects are evidence. This mobilization from candidates shows the entrepreneurial dynamics and the telecommunication potentials in Africa.

Support the local entrepreneurship
established in 19 countries of Africa and the Middle East, Orange has more than 100 million customers in the region. This presence gives to the Group a major role in the economy and the development of Africa through several improvements brought by the digital in the daily life of the populations.

Thus Orange works at a better connectivity of territories and a launch of value-added mobile services. The Group also supports entrepreneurs by proposing various plan supports for entrepreneurs aiming at creating their own company as well as already mature start-ups. In this context, Orange shares its experience and skills by offering access to its platforms of exchanges, its networks and by facilitating the creation of new services through API (Application Programming Interface). The Group particularly created specific acceleration or incubation mechanisms as the Orange Fab program in Ivory Coast, as well as supports for FINANCING and management. Since 2010, Orange has been partner for the CTIC Dakar, a reference incubator in West Africa. Finally in April 2014, the incubator CIPME Niger, initiated by Orange, opened its doors to start-ups in the field of renewable energies and environment.

Any entrepreneur of the more of 21 years old or any legal entity of less than three years without limitation of nationality can apply free of charge for this prize. The submitted projects must plan the implementation of the service in at least one of the 17 countries of Africa where Orange is established and associate information and communication technologies in an innovative way to contribute to improve the living conditions of the populations in these countries. Applications are opened from 21st May to 18th September 2015 on the portal of Orange in Africa.