The development of the Start-ups in Africa allowed highlighting during the year 2014, a great number of African innovations. These very talented young people have the merit to invent tools adapted to the continent and that meet the needs of populations (from the most disadvantaged to the well-to-do). May it be in the domain of health, kitchen or ICTS, the African genius is revealed during year 2014. Africa Top Success invites you to vote for the greatest African innovation of the year.

Logou Minsob:
He makes the happiness of the African households. Foufoumix, invented by the Togolese electronics engineer, Logou Minsob, allows obtaining foufou (dough obtained of tubers) in 8 minutes. Before the creation of this small machine, tubers (yams, manioc…) were generally pounded by women in painful conditions and without hygiene. Foufoumix, the first of the inventions by Logou launched on the market, won the second prize at the edition 2014 of the Innovation for Africa Prize.

Thierry N’doufou:
Made by the Ivorian, Thierry N’doufo, the educational touchpad is adapted to the climate of the continent. It is waterproof and resists to the dust: « it is because we would like it to fit the conditions of use in the hot countries that we designed it in Abidjan before making the production in China. And then, it also allowed us to personalize the design, an elephant is drawn on the casing« , explained its promoter.

Arthur Zang:
At the age of 25 years old, Arthur Zang is a whiz kid who is going to allow saving life of thousands of Africans suffering from a cardiac pathology. This young Cameroonian engineer created Cardiopad, the first medical touchpad made in Africa. The famous magazine Forbes underlines: « regarding innovation, he represents what is the best in Africa« .

« 3D Wafate Printer » or the printer of the poor impressed the international jury during the 10th FabLab International Conference (incubator laboratories) in Barcelona. One of the particularities of the invention by the Togolese, Afate Kodjo Gnikou, is the nature of the materials used in the manufacturing of his printer. Indeed, the Togolese did not require the western large production units before releasing his masterpiece that arouses the curiosity from all. Computing waste is enough for Afate Kodjo Gnikou to create an operational 3D printer. 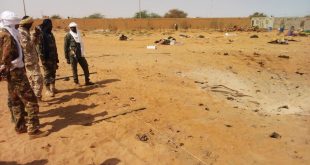