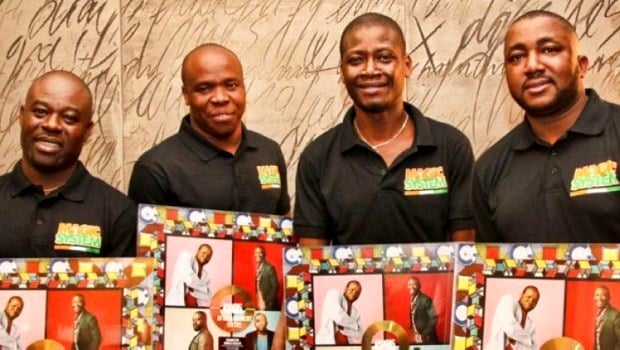 Since its release last 19th May, the new album by the famous Ivorian group, Magic System, has got an enormous success with its fans.

« Africainement Vôtre » is sold like hot cakes with a record estimated at 50 000 Compact-Discs (CD).

« For the moment, we have not yet taken stock with our partners. But what I can say is that if we won our 16th Gold Disc with this album at Olympia of Paris, it means that we have already sold more than 50 000 CD« , declared the vocal lead of Magic System, Salif Traoré alias A’Salfo.

Composed of 15 songs, « Africainement Vôtre« , the 7th album by Magic system, allows having, according to A’Salfo, « pleasant moments together with wonderful tones from Africa and an excellent musical styles mixing from elsewhere« .

The magicians are at present in Lomé where they will give two big extraordinary concerts. The first one is a private concert that will be held on Friday, 14th November at the Grand Rex.

The second is open to the general public on Sunday, 16th November at the municipal Stadium of Lomé. These shows constitute of the « Africainement Tour » 9th stage started last 13th September 13th at Olympia of Paris.

On the eve of the first show, the musical group donated school supplies to the pupils of N’Diaye Boubacar primary school situated at the heart of Lomé.

A’Salfo, Goudé, Tino and Manadja seized the opportunity to give diverse pieces of advice to the learners for a better future.