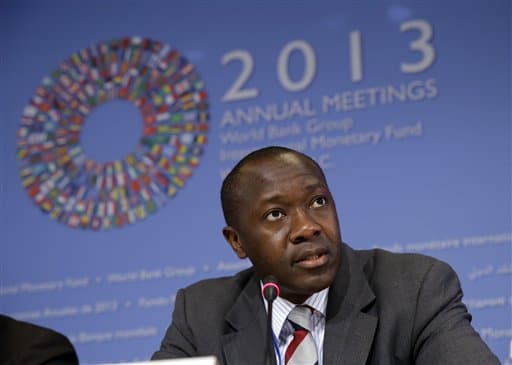 According to the famous financial magazine, the African minister of finance of the year 2013 was the Liberian Amara Konneh.

The magazine appreciated « his leadership in the maintaining of economic stability and growth in Liberia”.

We can read: « this prize represents the vote of confidence on behalf of markets.”

Thus, his Large-scale economic reforms that developed institutions, infrastructures and the financial system in Liberia were noticed and rewarded.

His action for the economic stability and the growth restored in a country which had been in a civil war for more than a decade, was also appreciated.

Amara Konneh was born in 1972 in Balla Bassa in the north Liberia. From 1991 to 1993, he was a coordinator for education of Liberian and Sierra-Leonean refugees in Guinea forests.

His rise was swift: In 2005, he became an assistant in the cabinet of minister in charge of presidential affairs before being appointed in 2008 as minister of planning and economic affairs.

He is currently minister of finance for his country since 2012.

Liberian government appreciated this prize: “Amara Konneh has played a key-role in the fulfillment of the reference criteria in the initiative of the Heavily Indebted Poor Countries that resulted in the cancellation of 4, 6 billion dollars as Liberian foreign debt by Global Funds and World Bank. Finally, under his supervision, 140 million dollars were invested in the fight against fraud and against the waste of public resources.”