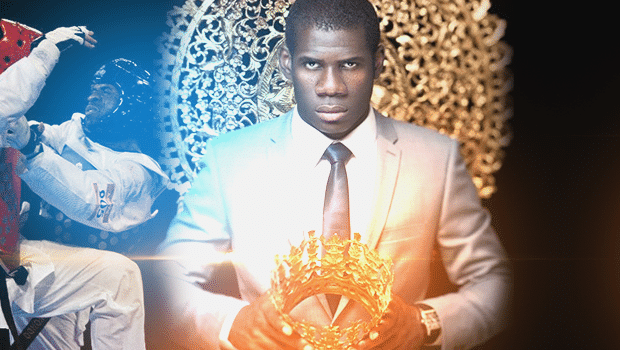 Anthony Obame: the Gabonese world champion back on the tatami

Set aside from the tatami for five months for injury, the Gabonese athlete, Anthony Obame, announces his return in the local press of his country. In an interview granted to the L’Union newspaper, the Olympic taekwondo vice champion is getting ready to take part in the world championship in the discipline next 12th to 18th May in Russia.

« Together with the coach, we are doing our best to be at the top. I should take part in this world championship in fighting trim. All taekwondo big nations will be there« , he declared.

In spite of his long absence, the athlete aims high: « my target is to recover my level before my injury and even become better. I am getting ready for a great number of competitions in 2015« .

Anthony Obame is the first Olympic medal-holder of Gabon. He won the silver medal at the Olympics of London in 2012. The following year, he was crowned taekwondo world championship in Puebla (Mexico). He is also listed among the 20 best young African entrepreneurs according to the famous magazine, Forbes.

The performances of the young Gabonese were rewarded in 2014 by the Abdou Diouf Foundation.