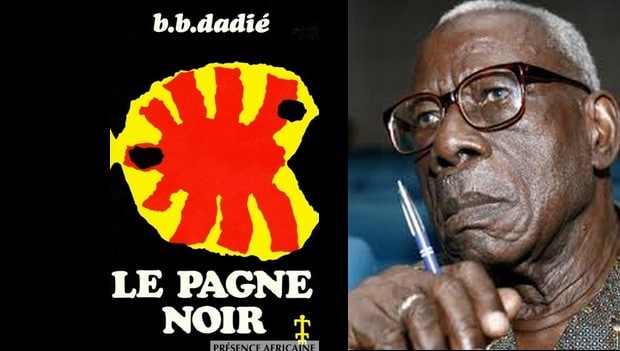 The Ivorian Ministry of Culture and the Francophony announced at the beginning of the week the submission of the application of the writer, Bernard Dadié for the Nobel Prize of Literature. The famous author, whose works have been for several years list in the academic program in several countries of Africa, celebrates this year, his 98 years old. The Ivorian government is planning a series of activities in order to commemorate over the next two years, the centenary of the man who has made the pride of a whole continent.

Bernard Dadié’s application for the Nobel Prize of Literature is not a surprise. The Ivorian writer has been held in an international celebrity for several decades and this recognition will only be the crowning of his efforts in favor of the promotion of the African literature.

For several readers, « Climbié« , « Prison Notebook » or « The black Cloth » are the works know of the author. And nevertheless, Bernard Dadié wrote more than ten short stories, chronicles, bibliographic works, drama and poetry.

He was prize-winner twice at Literary Grand Prix of Black Africa (Patron de New York, 1965 and La ville où nul ne meurt, 1968). Apart from Literature, Dadié was also a militant of Félix Houphouët-Boigny’s RDA political party. He was imprisoned in 1949 in Grand-Bassam, by the colonial administration. The man was fighting the colonialism.

« All the leaders of the RDA political party were wanted. Nevertheless, we did not hide ourselves. We were almost all together when they found us. They pointed their guns at us and asked us if we were armed. I shouted loud and clear, yes! They carefully came closer to me. But, they move back when I put hand into my pocket. And slowly, out of my pocket, I took a pen that I raised up to their nose. A pen« , he remembered.