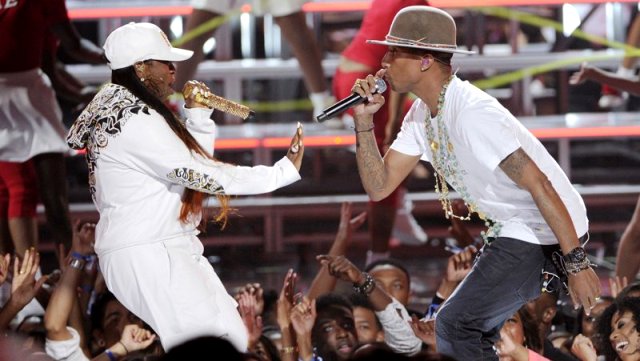 BET AWARDS 2014: Pharrell Williams and Beyoncé, the most deserving!

Just like previous years, BET Awards 2014 seduced once again last Sunday in Los Angeles, USA on the occasion of the award ceremony, paying tribute to many celebrities and Afro-American artists.

Particularly, stars as Chris Brown freshly released from prison or Pharrell Williams as well as others moved the public by paying tribute to Bobby Womack, legend of the American soul who died last 27th June.

At the reward time, nothing than trophies were awarded to the best among the best in musical or film domain.

Pharrell Williams and Beyoncé were doubly rewarded by obtaining each two prestigious awards.

She also obtained the prize of the « Best collaboration » with Jay Z for Drunk In Love.

He was also decorated with the prize of the « Best video of the year » with Happy.

Finally, the « Centric Award » was given to Jhene Aiko for The Worst. The best international artists are Davido (Nigeria) for Africa and Krept & Konan for the United Kingdom.

As for August Alsima, he received the prize Coca-Cola by the « choice of the spectators« .