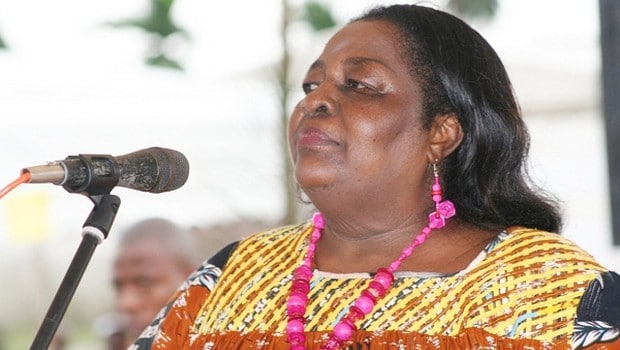 The death of the Cameroonian businesswoman and political personality, Françoise Foning, is in the center of the debates on the social networks. Died on 23rd January 2015 (at the age of 66 years) in a traffic accident, the chairwoman of the World Women Business Managers Organization will receive honors of her country of origin.

In spite of his absence in country, President Paul Biya wants Françoise Foning’s funeral to be official. The Head of State will so be represented by his Prime Minister, Philémon Yang. A wake is planned on Thursday at the Reunification Stadium of Douala. The remains will then be brought to the village of Beleng where she will receive her last tributes on Friday, 20th March 2015.

In Cameroon, Françoise Foning (born in 1949) is a well-known woman. From nothing, this former employee of a municipality of Douala (Cameroon) decided to take her fate in her own hand by creating in 1967 the restaurant, « New style« , her very first company. She afterward created a transport company with two taxis. In 2005 her fleet counts 150 cars.

On the social networks, the Cameroonians are mourning an iconic figure.