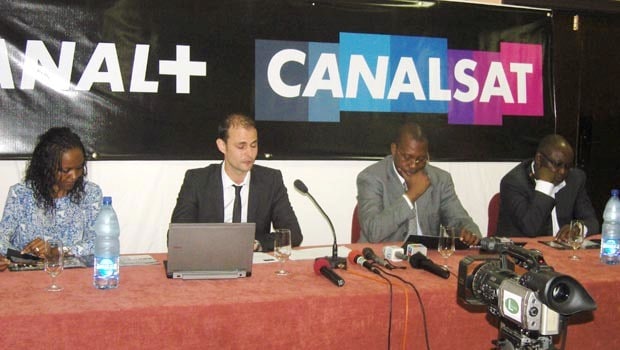 Canal+: launch of new TV and Web offers in Africa

The Canal+ group continues its policy of consolidating its offer towards the sub-Saharan Africa by proposing to its subscribers, a new service to watch its programs in mobility.

After A+ launched in October 2014, the French group proceeded on Tuesday to the launch of 25 new channels that come to diversify the television offer of by Canal+.

Three channels were created on this occasion for the African market, the priority market for Canal+ which has become an important growth driving force.

Canal+ thus proposes to its African subscribers, a new entertainment channel, Edan, launched by the Gabonese, Eveline Diatta-Accrombessi, that offers a programming with American series, movies and documentaries.

Gulli Africa is the first youth channel for the African public launched by the French group, Lagardère.

In a communiqué, Canal+ besides indicated launching the first TV service in Africa via an application allowing watching programs on computer or in mobility on tablet or Smartphone.

Subscribers can watch via myCANAL, Canal+ channels live and up to 11 channels of the packages of the group as well as the programs of Canal+ on request.

Canal+ that offers its services in prepaid mode and without commitment in Africa, got the number of its subscribers increased more than two times within two years to reach 1.5 million at the end of 2014 on the continent.