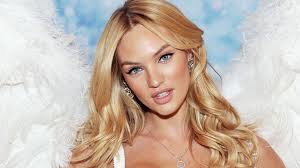 She is African jewel of Victoria Secret’s! She was born on November 20th, 1988 at Mooi River in the province of KwaZulu-Natal in South Africa.

His formidable story began at 15 years old when she was discovered by an agent in a flea market of Durban. Her measurements are perfected – 82/58/85 for 1, 77 meter.
Very soon her perfect modeling allowed her to find herself on the front page of famous magazines as Vogue, Sports Illustrated, Swimsuits Issue before joining the dream team of the famous brand of lingerie, Victoria’s Secret in 2010.

Famous brands as Nike, Diesel, Guess, Tommy Hilfiger, Tom Ford, and Versace … were unable to resist to her.

In 2013, she created buzz all over the world with her « Royal Fantasy Bra », the royal bra at 10 million dollars, during the annual parade of the famous lingerie brand. It was inlayed with 4.200 precious stones and with a 52 carat ruby.

According to Forbes magazine, she can earn 3 million dollars a year.

She is fluent in Portuguese and Afrikaans. She has been in couple with the Brazilian model Hermann Nicoli since when she was 17 years old.

« I do not have the impression of being sexy every day […] When I work with Victoria’s Secret or for magazines, yes, I feel sexy because there are lot of people who help me to feel myself sexy. But I do not look in the mirror in the morning telling myself ‘ Oh yes, I am very sexy' »