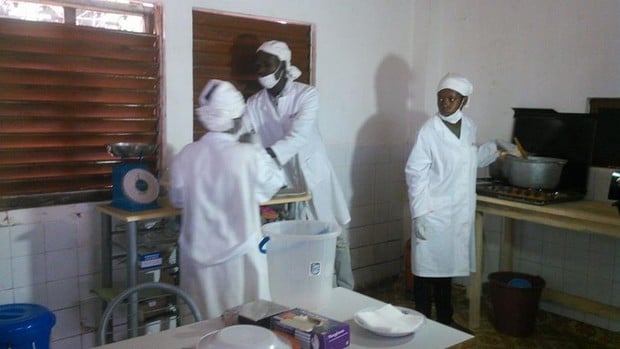 As reported earlier by Africa Top Success, an important delegation composed of Italian media professionals have been staying in the Togolese capital within the framework of the realization of a series of documentary movies about the production of the Togolese chocolate.

The CHOCO TOGO cooperative is the first processing structure of chocolate 100 % « made in Togo ». The structure is managed by six Togolese young people who benefited from training on traditional manufacturing of chocolate in Sicily (Italy) in 2013. Today they have established their base in Kpalimé and specialize themselves in the production, the processing and the marketing of cocoa and its by-products.

Acquire equipment to set up a large unit of effective and dynamic production:
– Launch on the market new forms of chocolate with new packaging

– Conquer all the Togolese and regional market with its products (chocolate, cocoa mass and by-products) by having several distribution points

– Promote the Togolese cocoa and its by-products outside the country

– Make operational the real tourism « on the road of cocoa »

– Be a job provider structure supplier for several young people and women all over the country.