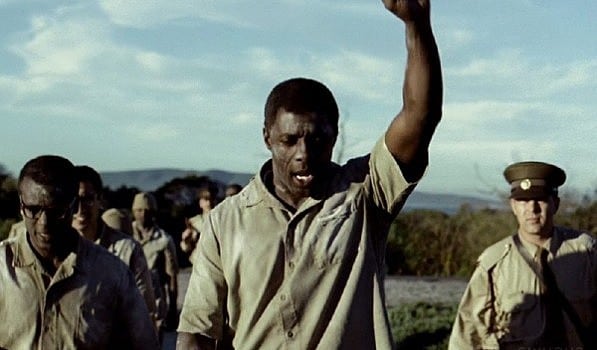 Dakar will host from 14th to 19th April 2014, the fourth edition of the film festival committed to the cause of human rights and freedom of speech, « Ciné Droit Libre » (Movie Free right). As its name indicates it, the festival essentially shows films and documentaries that defend human rights and freedom of speech. For this edition, about twenty films are planned for the event.

«Mandela: a long walk to freedom», adaptation of  Nelson Mandela autobiography by Justin Chadwick  will be shown on the first of the festival. Brought out in 2013, the film redraws the life of the first Black president of South Africa; his arrival in Johannesburg, the opening of his law firm, his membership in ANC, his arrest …

Other subjects as impunity of former African leaders, migratory matters, exercise of international justice, prevention of mass crimes, political leadership in Africa, will be part of debates during the festival.

This year, « Ciné Droit Libre » will be closer to population. Organizers decided to show movies at several places of Dakar. University of Cheik Anta Diop, French Institute, Keur Massar, Pikine, Grand-Médine, and ISSIC were indicated for the event.

Created in 2011 in Ouagadougou after the censorship of the movie « Borry Bana », on the murder of the journalist of investigation Norbert Zongo, « Ciné Droit Libre » is an initiative of  « Article 19« , Burkenese association « Semfilms« , Sankara studio, of musician and Senegalese activist Didier Awadi, the NGO OSIWA and of French Institute of Dakar.