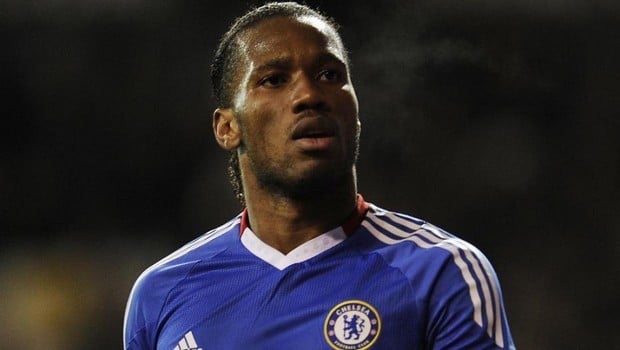 2014 marks Didier Drogba’s international retirement. Nevertheless the former captain of the Elephants of Ivory Coast still keeps his popularity. The multiple humiliations experienced by his teammates since his departure confirm the dominating position of the former striker of Galatasaray in the national team.

At 36 years old, the Ivorian striker, Didier Drogba, always draws attention. Back to Chelsea this year, he shows his talents of great striker in every match.

The celebrity of the Ivorian player in his native country brought the artist Tiken Jah Fakoly to declare in October 2014 that Didier Drogba is the face of the national reconciliation in Ivory Coast.

« Didier Drogba is my pride, he is our pride. He is a famous player who marked his time and who continues playing even at 36 years old. He has a very important role in the reconciliation of Ivory Coast. I think that the only Ivorian who can reconcile the Ivorians is still Didier Drogba. Everybody adores him from the north to the south« , indicated the star of the French-speaking reggae music.

Married and father of three children (Isaac, Iman and Kieran), Didier Drogba does not hesitate to bring his assistance to poor children of his country. This year, his foundation offered 5000 school kits to needy children of the village of Niangon Lokoa at Yopougon (Ivory Coast).

The former captain of the Elephants of Ivory Coast never won any African Cup of Nations but he took his team to the finals in 2006 and 2012. Didier Drogba played 106 matches in the national team and scored 66 goals.

The first African player to have scored 100 goals in the Premier League, signs his very first license at S.C Feignies. He successively evolves at Sporting Club Abbeville (1989) and at AGMB in Loiret (1991-1993) before joining Le Mans where he signs his first professional contract. In 2003, the Ivorian striker signs at Marseille where he scores 19 goals in championship. Against his will, he will be transferred to Chelsea for 38 million euros. It is with the English club that he wins the Champions League in 2012.