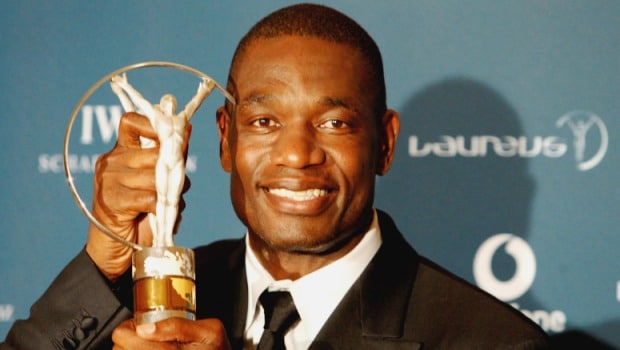 The African continent is once again honored on the international scene more exactly in the Pantheon of the American and world basketball.

And we owe this merit to the former Congolese basketball player who appears in the class 2015 for admissions in the Hall of Fame.

At 48 years old, he thus joins the Nigerian, Hakeem Olajuwon, the first African elected in the Memorial Hall of Fame in 2008. The pivot won two titles of the NBA champion with the Houston Rockets.

In the ranking 2015, we also find the former American basketball player, Lisa Leslie, fout-times Olympic champion (between 1996 and 2008).

Dikembe Mutombo is rewarded for his career started in the American land in 1988 at the University of Georgetown and also for his human qualities, underlines BBC Africa.

« It is a wonderful piece of news for our league but also for Africa. It is a monument, multiple times All-Star and a much respected human being« , praised Amadou Gallo Fall, vice-president of the NBA in charge of Africa.

Famous for his qualities of blocks and match « Not in my house« , the pivot was elected four times best defender of the year at NBA.