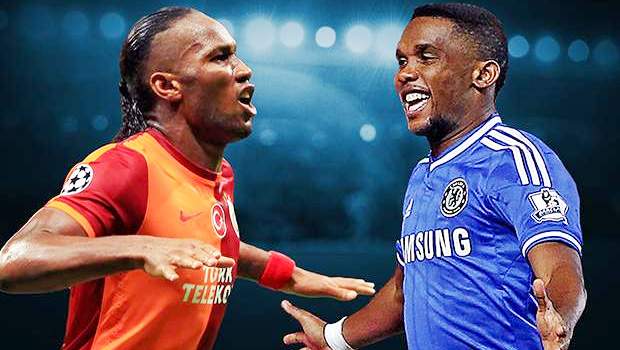 Drogba and Eto’o: models of success for Africa

The two African stars, Didier Drogba and Samuel Eto’o, represent the success of an entire continent, and even after their international retirement.

These words are from Salomon Kalou, the striker of the Elephants and shareholder of Hertha Berlin (Germany), quoted by the APA News Agency.

Speaking of the two stars, who are not taking part in the AFCON 2015, the former player of Chelsea recognized that the Cameroonian Eto’o and the Ivorian Drogba raised the African football beyond its limits.

‘Today, Eto’o and Drogba do not only represent Ivory Coast or Cameroon, but the achievement of a whole continent and have served as an example for the young people across Africa, and not in football only’, said Kalou.

Despite the absence of Didier Drogba and Samuel Eto in the African football festival, the Ivory striker believes that the younger generation will be able to ensure the future.

« There is a strong rivalry and it continues even after the departure of these two great playres ».

For Kalou, as there was Lionel Messi after Ronaldinho at FC Barcelona (Spain) and Roanaldo after Zinedine Zidane at Real Madrid (Spain), the succession will also be provided at the AFCON.

‘In great teams, there are always players to take over‘, he said.

« The fact that they (Drogba and Eto’o) have succeeded with their countries and also in the famous clubs where they have passed through, it opens doors for us.  » Thanks to them, when an African player arrives at a club they respect him more. They showed the best example of what can be expected from an African »..

However, Kalou relativized by saying that having the best players is not enough any longer to win but it requires an organization and coherency instead.

« Having a great player in a team, it helps, but this is not a guarantee to automatically win tournaments ».