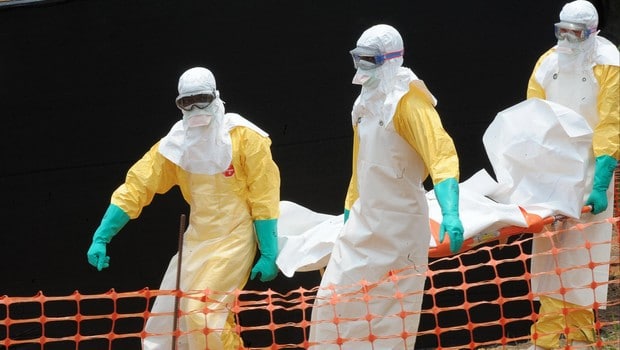 Ebola: will the first vaccine be Nigerian or British?

West Africa has been on the alert since a few weeks with the reappearance of the Ebola viral hemorrhagic fever that has already killed more 10000 people according to the WHO. The virus detected in Guinea, Liberia, Sierra Leone and Nigera spreads panic all over the continent. The international press announced the miracle solution that will come from Nigeria, Canada or Europe.

On 14th August 2014, the Nigerian Minister for Health, Dr Jide Idris announced the next experimentation of the Nano Silver, a vaccine against the Ebola virus developed by Nigerian researchers. According to the latest news, this path is no more favored by the first economic power of Africa that registered four contaminated cases.

According to several sources, Nigeria is favorable to the use of the American medicine Zmapp also at its experimental stage. The exclusion of the Nano Silver from the list of treatments against the Ebola virus by Nigeria is understandable by the non-compliance of the latter in the requirements of the National Code of Research regarding health as far as the ethics of the country is concerned.

Questioned by RFI, Jean-Marie Okwo Bélé, the director of vaccines and immunization department for the WHO announced the next experimentation of a British vaccine.

« We are ahead for the fact that we know that the vaccine the most appropriate in terms of development, is the vaccine worked out by the English firm, GSK [GlaxoSmithKline]. The vaccine was already tested in animals with excellent results« , he explained.

Okwo Bélé also indicated that four other vaccines among which a Canadian are also at their experimental stages. « The GSK vaccine against the Ebola virus is only one of the candidates of which we are aware. There are four or five others that are not at the stage where we can now begin clinical trials« , specified the WHO agent.