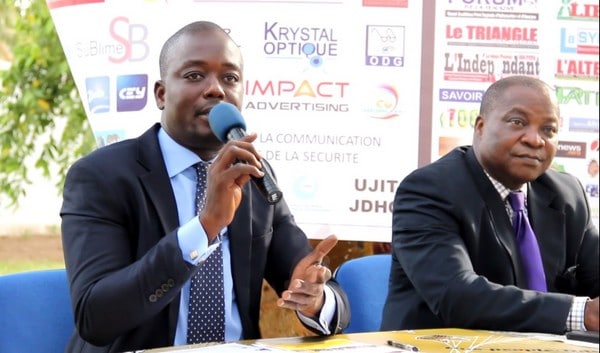 Fashion and media: Togolese journalists will make show on 3rd May

It belongs to cultural events the most mediatized in Togo. “T of media”, this original concept that consists in making of media professionals, models, evening time, will be at its third edition on 3rd May 2013. Introduced by DBD Com and Parteners, the event is within the framework of press freedom international day activities.

7 televisions, 15 radios, 50 print media, 6 magazines and 16 on-line press among which Africa Top Success, are partners of the 3rd edition of “T of media”, the event that celebrates press freedom in Togo. For this year, organizers are working twice as hard. The event will be broadcast live by both main TV stations of the country.

Previously destined to journalists, technicians presenters of the capital town, the evening this year welcomes colleagues from inside of Togo and other nearby countries.

Safety of journalists at their workplaces will be among others one of the subjects which will be evoked during the evening with a representative of Togolese Minister of safety.

« It is important to add innovation we brought this year to the program. It consists of a broadcast talk-show which is going to be based on a theme related to police and journalists. On the studio set, you will have the representative of Minister of safety facing journalists who will discuss this theme to bring more precision to population », indicated David B. Djagbavi, general manager of “T of media”.