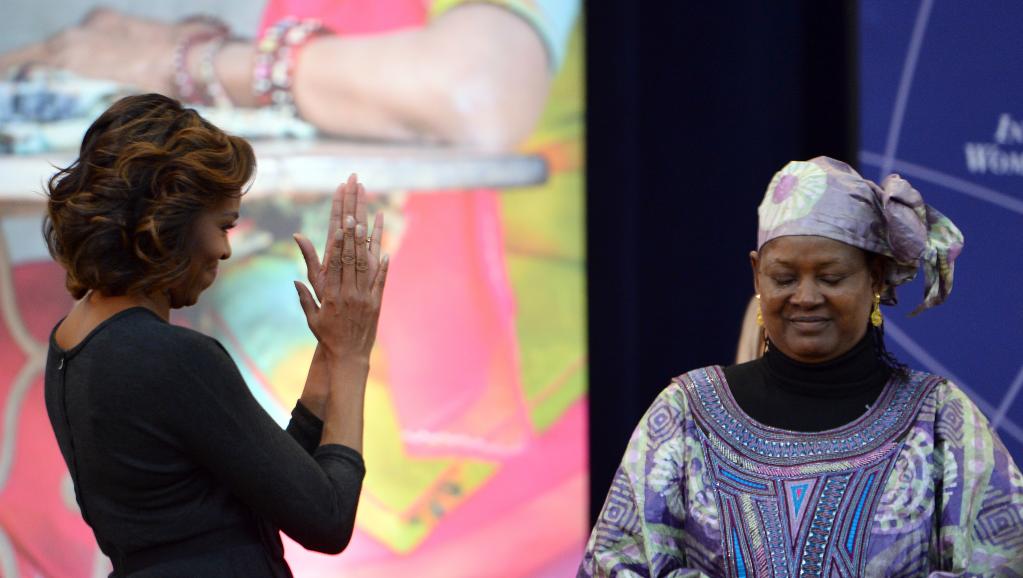 Fatimata Touré: Among the most 10 courageous women of the world

The Malian Fatimata Touré is a pride for her country and the entire African continent. The human rights activist is listed among of 10 women rewarded by the first American lady Michelle Obama for their courage and determination in 2013. The founder of Greffa NGO, research, study and training woman – action group presented on Wednesday her prize other fellow countrymen.

During the period of violence perpetrated in the North of Mali in 2013, the human rights activist did not stop denouncing exactions of which populations were victim, women in particular. With her non-governmental organization, she offered care and assistance to the raped women and sick people in Gao regions. Self-abnegation and risks taken by Fatimata Touré were worth to her the attention of the White House.

« For her inflexible courage and her relentless work to defend women right against forced marriages and sexual violence in Gao during occupation of the North of Mali, we distinguish Fatimata Touré among « brave women », declared Heather Higginbottom, the American Undersecretary of State during the awards ceremony.

Engineer by training, Fatimata Touré has been militating for 22 years in favor of African woman causes.