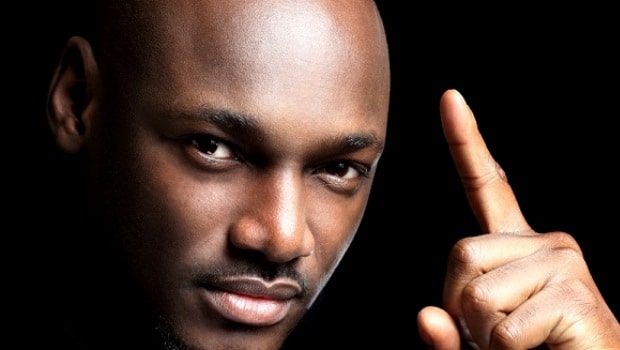 From music to cinema: 2Face Idibia, an outstanding criminal!

In a trailer, one of the sequences a priori looks like the scene of a mentally retarded person visited by his close relations in a lunatic asylum, except that many fans of 2Face Idibia do not believe that. No! Not at all.

The Nigerian music star has just joined the cinematographic industry by obtaining the role of a gangster in a movie entitled « Head Gone« .

He pays the full price and finds himself in prison. The release of this full-length film is planned on the coming 22nd November.

Through this new adventure, the artist musician intends to show his ability for the « manipulation of firearms » apart from the microphone.

In fact, after the dissolution in 2004 of Plantashun Boyz, a group of which he was member, 2Face Idibia brought out his first solo album « Face 2 Face« , an opus that has made of him a viable artist.

It is mainly his single « African Queen« , a hit in 2006 that imposed him on the world musical scene, a song used in the soundtrack for the movie, « Phat Girlz » that was published in the whole world. In 1996, he adopted the stage name « 2Face » (Tuface).

He justifies the choice of this name by the fact « of trying to delilmit his personal life from the professional« .

Born in Jos, State of Platea in Nigeria, Innocent Ujah Idibia, known under his stage name of 2Face Idibia, is a Nigerian singer, composer and producer.

He officially gave up the use of this name and has chosen « 2 Baba » as his stage name. He is one of the most decorated pop artists and Afro success and the most profitable in Africa.

Having left Kennis Music label, he created his own label called Hypertek Entertainment. He is a part of Sony All African One8 project beside seven other musicians through Africa recording of a single with R. Kelly and Prince Lee entitled « Hands Across the World« .

He was appointed as ambassador of Red Cross Company of Nigeria. 2face has several collaborations all over the world, giving opportunity to his co-workers to win a prize for every duo such as Street Credibility by 9ice, Possibility by P-Square and many more.

2face Idibia was also ambassador for a certain number of brands, among which Guinness, Nigerian Breweriese.

He is also brand ambassador for the National Agency for Food and Drug Administration and Control.

2 Baba experienced events closer to death including shootings from an armed robbery. He has six children with three women.

No Shaking See Me So