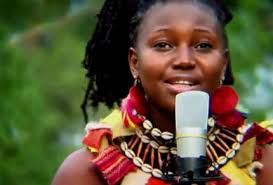 Idylle Mamba: the voice for peace in African Central republic!

As reproted earlier by Africa Top Talents, she is recording with the icon of Senegalese music icon Youssou N’Dour, a song for peace in her country.

Idylle Mamba was born in African Central Republic. She is the youngest child of 16 brothers and sisters. Mamba in her dialect means “smile”.

Her career started at the age of 14 while already passionate by music. She joined Focus Masseka, a group 100% feminine of experimental music played with traditional kitchen tools. “A project of social action in order to value Central African girls, who develops a real original musical concept.”

With Focus Masseko, she took part in several international festivals such as “Massao” and “Abok-ingoma” in Cameroon. She left this group in 2002 after five years.

In 2004, she won the prize for French-speaking Song at the “Alliance Française” in Bangui. She continued to becoming famous in presenting during the first parts of Lokua Kanza and Tiken Jah Fakoly.

She won a scholarship of French Cooperation that helped her to study for two years in Music Hall, a famous school based in Toulouse.

She then released her first maxi single “Sango & vous”

She said about her musical style: “It tends to the “tradi-modern” or the “Centralafrica-elsewhere”

In 2012, she returned to Cameroon, and she released « Bêkou », a new album made of twelve pieces. « I was warmly welcomed, maybe because I am a woman, but I feel great good, even to say like a duck to water (…) I think Cameroonians adopted me and I make it good for them because I adore this country, so I thank all the Cameroonian people to have accepted me « .

In a recent interview, she declared: « for me culture is a set of the signs that characterize a person or a country (…) I hate talking about me … Whatever the case, I think of being someone very simple, sincere, sensitive, natural, determined. (…) I live in the simplest way, I do not too much like making noise around me, suddenly I am quiet; people are interested only in my work, what is rather good. I am a simple girl, a sensitive girl and I stand against troubles in the society: injustices, the contempt « .

She is very proud in singing in Sango: « it is my mother tongue; I transmit more emotion when I sing in this language than in any other. But it is really above it, because it is a fight for me in order to make my country known and this beautiful language, no matter if I sing in other la languages, as Lingala, Ewondo (South-Cameroon) and French. I am not closed on this side. But it is true that I put a particular emphasis on the Sango.  »
Thus, she is today one of the great voices for peace in African Central Republic. 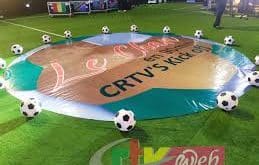 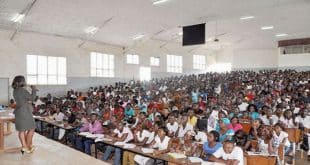 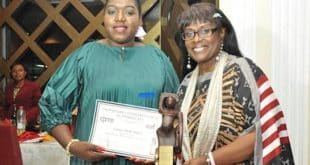