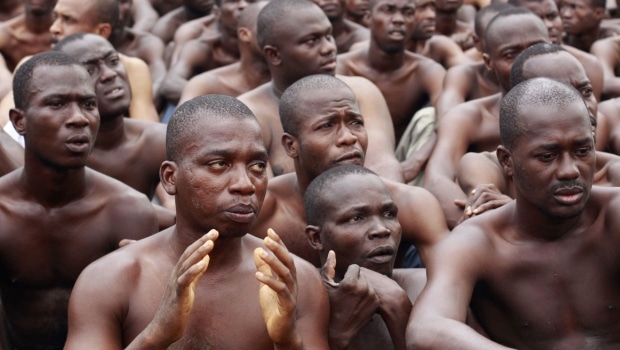 Post electoral crisis prisoners in Ivory Coast will soon join their families, close relations and friends. Up to about fifty of them have just been released on bail since last Wednesday.

The announcement was made through a press release from the Public prosecutor of Ivory Coast.

A decision that shows the words of the Ivorian Head of State, Alassane Ouattara, during the ceremony of wishes with the press where he evoked a possibility of making use of the presidential pardon for the pro-Gbagbo prisoners.

Moreover, the press release read on the national television, announces at the same time the unfreezing of the bank accounts of 31 personalities.

Late in December 2014, Alassane Ouattara announced the resumption, at the beginning of the year 2015, of the dialogue stopped since May of the last year with the Popular Front of Ivory Coast (FPI) which former chairman, Laurent Gbagbo, is detained in The Hague for « crime against humanity« .

Before that, Pascal Affi N’Guessan, the new chairman of the FPI, wished to evoke the question of the political prisoners, the problem of the exiles, and the preparation of the general elections before the presidential election of October 2015.

On 31st May 2014, the government already announced to take the number of prisoners to 50 to mark the resumption of the dialogue, then blocked two months ago.

The release of these prisoners thus appears as a sign of reassurance towards the partisans of the former president, Gbagbo.