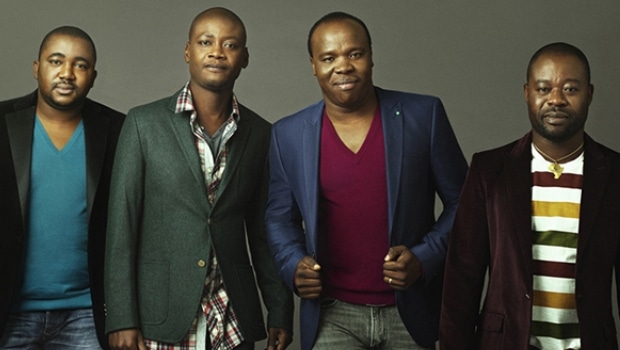 A’Salfo, the vocal leader of the Magic System group and Dobet Gnahoré will be raised to the rank of Ambassador of Human Rights on Monday in Abidjan. Both Ivory Coast artists of international fame will be decorated by the Lord Chancellor, Minister of justice, human rights and public freedom, Mamadou Gnénéma Coulibaly.

The Magic System group is created since 1997. It is composed of A’salfo, Manadja, Tino and Goudé Fadou Mata. On May, 19th the group brought out « Africainement vôtre« , their seventh album. The « Magicians » stayed in their logic. The group tells the everyday life of Africans with a particular stress on hope. On this new album, we notice two featurings with Ahmed Chawki and Ayna.

With the title « Magic In The Air » that has become the hymn for the team of France in Brazil 2014, Magic System conquered the hexagon. A’Salfo even had the privilege to be a part of the official delegation of the French President, François Hollande during his recent visit in Ivory Coast.

Senior daughter of Bonus Gnahoré, percussionist coach of the Ki Yi M’Bock band of Abidjan managed by Werewere Liking, Dobet Gnahoré born in Ivory Coast on 7th June 1982, stopped school at 12 years old to join the artists band of his father and learnt there theater, dance, music and song. She met in 1996 the French guitarist, Colin Laroche de Féline with whom she got married, indicated APA.