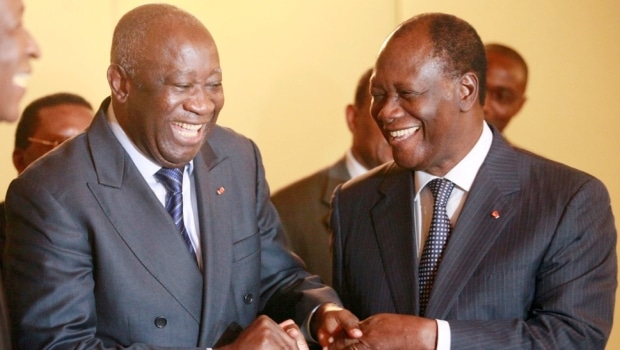 « I hate seeing people in prison. Each has to do his work. The judges, of course, are doing their own and I indicate that there will not be an exception« , suggested on Monday, the Ivorian President during a ceremony of wishes presentation with the national and international press.

During this meeting, Alassane Ouattara evoked a possibility of the presidential pardon and the amnesty after the judgment of all the « obvious offence cases« , connected to the post electoral crisis. He besides rejected any interference in the smooth running of the justice.

« The national Commission of investigation drew up a list of people. These people will be summoned before the courts. They will have to be held to account for things that are blamed on them« , he added.

« I am told justice of the winners (…) but you know that everybody cannot be judged at the same time and you also know that there are obvious offense cases. All the cases will be judged and once sentences are released, the Head of State naturally has a number of privileges to be followed regarding mercy and amnesty to be proposed to the National Assembly« , Mr. Ouattara still explained.

« My wish would be that at some point, we can come out of all that concern this post electoral crisis, but I shall make no decision that can interfere in the smooth running of the justice« , concluded the Head of State, Alassane Ouattara.