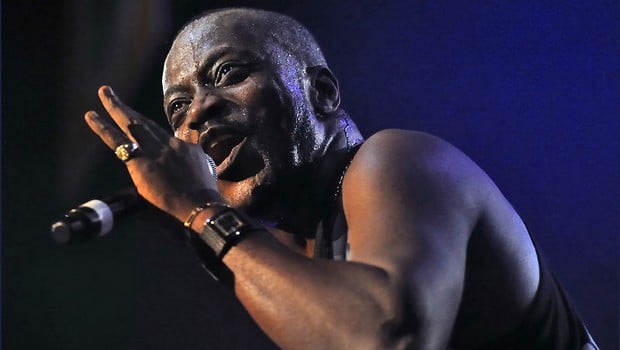 Ivory Coast: Meiway raised to the rank of Officer of the National Order

The Ivory Coast artist, Meiway of his real name, Fréderic EHU, was raised to the rank of Officer of the National Order during the celebration of 54th anniversary of the independence of Ivory Coast. The King of « Zoblazo » is the only artist among about one hundred personalities scheduled to be decorated.

At 52 years old, Meiway has always sealed before the wind. Before the celebration of the Independence day of Ivory Coast, he was received by the Ivory Coast Head of State, Alassane Ouattara. According to the local press, both men share the same vision of developing the country.

Meiway seems eternal. Generations are passing but his music is always catchy. The son of Grand-Bassam refuses to be nostalgic of sonorities of his time and easily adapts himself to the Rhythms of moment. From « Zoblazo« , his original concept, he loved through the Coupé Décalé with some corners in the universe of the Rap with the rapper, Alibi Montana.

In 2006, Meiway brought out « 9ème commandement –900% zoblazo« , its fifth album that has made of the artist, a real opinion leader. The Ivory Coast star is clearly engaged in favor of peace and has made a commitment for the fight against AIDS.