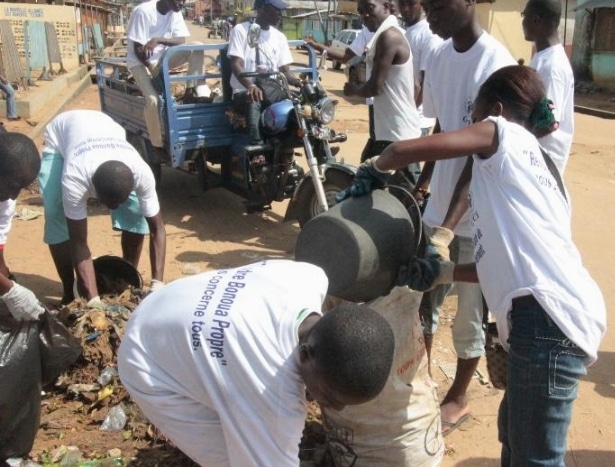 The high rate of unemployment in Ivory Coast is a concern for the authorities and the international organizations.

It is thus clear that young people are the most touched by this phenomenon. Two thirds of the unemployment working population is aged between 15 and 30 years, while the average global unemployment rate for the elderly from 15 to 45 years old is estimated at 23 %.

In front of this « sad reality« , Ivory Coast intends to promote the green jobs in order « to solve the problem of the unemployment » of young people.

For the regional manager of Environment of the Lakes (center), Hélène Bragori, the promotion of the ecological jobs called « green jobs » joins in the sphere of influence of the sustainable development advocated by the international community.

Mrs Bragori was favorable for an orientation of the young people towards « these expanding sectors« , stating the necessity of building green cities, by giving a special place to nature and environment.

For their part, experts supported that green jobs are an arsenal for empowerment of the young people.

Several jobs were identified by these experts in the collection, the treatment and the processing of household waste, but also in the reforestation or in the creation of small energy production units, as well in urban areas as in rural areas.

During a meeting with social actors, Ivory Coast Minister for Environment, Rémi Allah-Kouadio, underlined that the green jobs policy, beyond its objective of environmental protection, aimed at placing the question of the sustainable development at the heart of any initiatives of economic growth.

For the latter, the nature protection joins the idea of the environmental policy of the country.

The Minister thus specified that opportunities offered by the green economy regarding job creation were tangible.