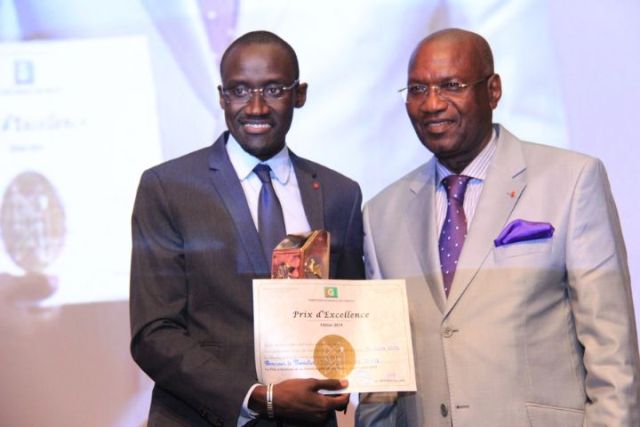 The best agents of the general tax office of Ivory Coast were rewarded on Thursday during the 14th edition of the DGI Prize of Excellence. Africa Top Success proposes you an extract of the speech by Abdourahmane CISSE, the Minister with the Prime Minister, in charge of the Budget.

The celebration of the DGI Prize of Excellence that is for its fourteenth edition, has become a tradition and even an institution within the tax authorities.

We should mention it once again that this event contributes to promote the value of well done work with professionalism, commitment and integrity within the DGI. These values, as you all know, matter a lot to HE Alassane Ouattara, President of the Republic of Ivory Coast.

The Prize of Excellence participates in the search for the performance within our administration.

This initiative that bases itself on ethics and skill, aims at making of the DGI a modern, transparent and efficient administration, always serving taxpayers.

We should remind it that on its way towards a developing economy, Tax authorities have to meet the double challenge to mobilize recipes for the financing of the action by the State and a fair treatment for all taxpayers.

Better, the Government, managed by Sir Prime Minister our boss under the high authority of HE the President of the Republic, gives a particular prize for the promotion of excellence and founds in excellence a means to implement the repositioning of Ivory Coast on the regional and international chessboard.

Though years are passing, I am thus delighted at the constant mobilization of all around this event because it is through the promotion of the best practice and people who excel themselves by good work that we shall succeed in raising the DGI as high as the ambitions of Ivory Coast.