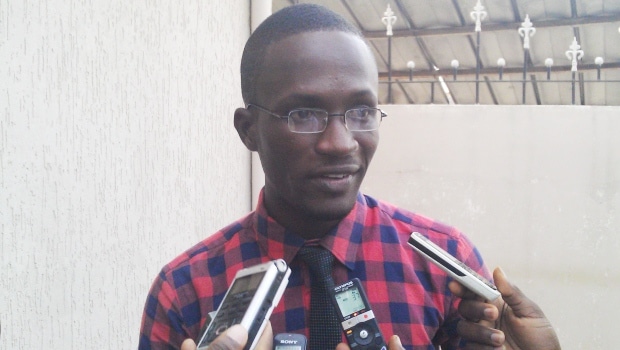 L-FRII Personality of the year 2014: dicovery the next 4th January in Lomé

The Year 2013 dedicated Claude Grunitzky, the manager of TRACK and TRUE, « L-Frii Personality of the year« , opening thus the floodgates to the election of the next Togolese entrepreneur and from the Diaspora, who became positively famous during 2014.

In its momentum to promote excellence in the youth by arousing in them the entrepreneurship mind, the Learning Free Association (LFA) officially launches in association with the bilingual on-line media, L-Frii, the 2nd edition of the prize, « The L-FRII Personality of year 2014« ; this, with the support of the National Council of the youth (CNJ-Togo).

For the promoter of this prize, no need to be inspired by Bill Gates (the creator of Microsoft) or Zuckerberg (Facebook) before undertaking.

For its part, the communications manager, Cédric Aguim (photo) underlines that the Prize can be awarded to a physical or moral personality that, due to their personal success on the economic plan, changed the mentality of the Togolese young people towards entrepreneurship, excellence, public-spiritedness and good work.

In other words, « L-Frrii Personality of the year » must be a Togolese entrepreneur, who realized actions in favor of the excellence of the young people. He also must share his experience with young people, develop citizenship and civic actions.

Taking it for granted that entrepreneurs having succeeded in Africa or in Togo do neither realize an autobiography nor books to share their experiences with which the young people can understand the realities, the www.l-frii.com makes it its mission to realize conversations in which these managers and leaders share with the public the plan of their life of manager.

The official award ceremony will be held in the Togolese capital town, Lomé between 17th to 27th April of the same year.