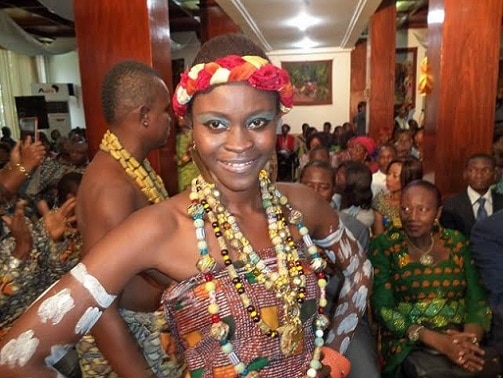 «Loincloth in celebration» 2014: Togo is boosting its textile sector.

Between Wax loincloths and Togo, it is a love story. This small country in West Africa founded its reputation in 80s on prosperous business of Dutch loincloths held by women commonly called « Nana Benz« .

After years of crises aggravated by fire on big markets of Lomé and Kara in January 2013, Togo is boosting loincloth business with « Pagne en fête » (Loincloth in celebration), an international commercial exhibition which will be held from 24 to 29 April 2014 in Lomé. The event will be relocated from 8 to 10 May 2014 in other regions of the country.

Introduced by Togolese Ministry of Trade, « Pagne en fête«  aims to be a context of exchange between actors of textile industries and the general public. This business opportunity is also a shop window for promotion of African loincloths.

« Government joyfully joined the event because the initiative is noble. It is an opportunity to encourage the boosting activities related to loincloths as well as valuation of culture of loincloth in Togolese society », indicated Légzim Balouki, Togolese Minister of Trade. Exhibitors of the sub-region and of the West are expected in Lomé for the first edition of the event. Parades, exhibitions and conferences are on the menu.