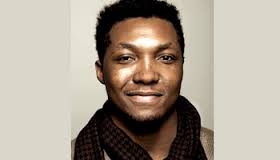 Mansour Ourasanah, a young Togolese designer. The United States bet on him!

« We are very happy to award this prize to an artist so avant-gardist as Mansour « , asserted Marica Vilcek, vice-president of the foundation. “He approaches in his creations complex social problems and treats them with elegant solutions which encourage reflection.”

Brilliant, he won a scholarship of the New York Times and the IDSA prize for excellence of Midwest region in 2007. He was certified in Arts (Art of design) in Notre-Dame University. He is also a Master’s degrees holder in the design of advanced products in the design Institute of Umea in Sweden.

Very quicky, he got noticed by his hardworking and his ideas: he is a designer at the American household electrical products manufacturer, Whirlpool Corporation in Chicago. His fascinating job consists in finding innovative solutions directed towards customer, intended for the new generation of consumers highly connected all over the world.
Mansour Ourasanah also won the prize for excellence of the « Midwest » section by the American Company of industrial designers in 2007.

The young designer was rewarded for his work baptized « LEPSIS: The Art of Growing Grasshoppers ». Thanks to his idea, insects are grown in jars for food purposes. The flesh of these grasshoppers is very nourishing and excellent! It is this idea which allowed him to win his prize in the category « INDEX: Design to Improve Life in Denmark.
And the young Togolese did not stop surprising us …