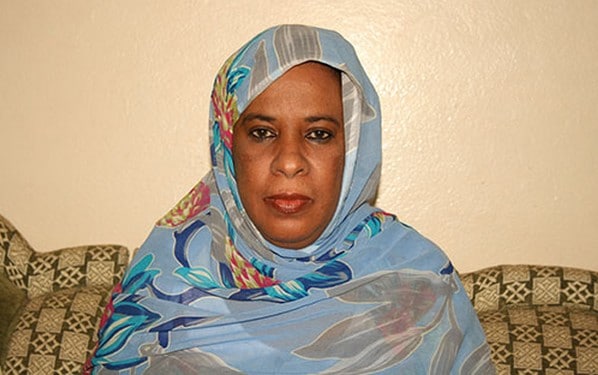 With more than about twenty years of experience in government services, Lalla Mariem Mint Moulaye Idriss counts on the electorate of young people and women to rule Mauritania.

Women implication in the management of the affairs of the State and the problem of the youth unemployment are among others, the main lines of the program of the 57-year-old candidate. Holder of a doctorate in financial engineering, Lalla Mariem Mint Moulaye Idriss is the current chairwoman of the Board meeting of the Mauritanian Agency of information.

For the time being she will compete for the presidency with Mohamed Ould Abdel Aziz, the outgoing president and Boidel Ould Houmeid, leader of El-Wiam, an opposition political party represented in the parliament. Moulaye Idriss is the second Mauritanian woman to appear at a presidential election. Before her, Aicha Mint Jedeine was candidate in 2003.

Mauritania is an Islamic country where the sharia is still in force. According to Jeune Afrique magazine, women represent only 20 % of the elective posts and claim more and more parity.