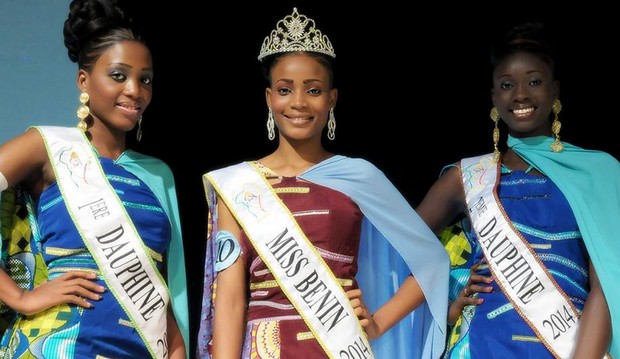 The 20th edition of the trophy Miss Benin crowned Belleciane Fifonsi Hounvènou, queen of the Beninese beauty. The new Miss (22 years old) is 1,72m high for 50 kg. Fifonsi Hounvènou is student in the Department of Linguistics in the Faculty of Arts and Human Sciences (Flash) of the University of Abomey-Calavi (Uac).

The disrict of Ouémé can be proud of its candidate. Belleciane Fifonsi Hounvènou (Nr10) won on Saturday in Cotonou (Benin), the crown of the queen of the Beninese beauty. She has thus succeeded to Nadia Sèna Dossa, prize-winner of the previous edition of the event.

The most beautiful woman of Benin has made the commitment to promote the cultural treasure of her country during her mandate. She will also grant a particular importance to the poor children and women.

Before winning the crown, Belleciane Fifonsi Hounvènou and the other candidates were submitted to several tests among which three displays in (police uniform, beachwear and street clothes). Seven selected at the end of this stage were afterward tested on their intellectual capacity and especially on their eloquence. In the end, Belleciane Fifonsi Hounvènou won the title in front of four other competitors (Madina Cynthia Adjao from Atacora, Sandy Fifamè Dégboé from Mono, Manuela Elvire Nononsi from the Hills, and Gloria Diane Gnonlonfoun from the Coast).