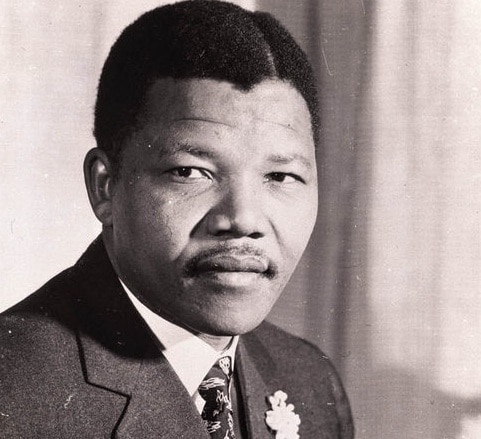 Nelson Mandela is no more. The former president of South Africa and 1993 Nobel Peace Prize winner Nelson Mandela passed away Thursday December 5, 2013 at the age of 95 years .

Here are his words that will remain etched in our memories:

1. Education is the most powerful weapon which you can use to change the world.

2. I learned that courage was not the absence of fear, but the triumph over it. The brave man is not he who does not feel afraid, but he who conquers that fear.
3. A good head and a good heart are always a formidable combination.
4. It is better to lead from behind and to put others in front, especially when you celebrate victory when nice things occur. You take the front line when there is danger. Then people will appreciate your leadership.
5. If you talk to a man in a language he understands, that goes to his head. If you talk to him in his language, that goes to his heart.
6. For to be free is not merely to cast off one’s chains, but to live in a way that respects and enhances the freedom of others.
7. If you want to make peace with your enemy, you have to work with your enemy. Then he becomes your partner.
8. There is no passion to be found playing small – in settling for a life that is less than the one you are capable of living.
9. It always seems impossible until its done.
10. After climbing a great hill, one only finds that there are many more hills to climb.
11. There is no easy walk to freedom anywhere, and many of us will have to pass through the valley of the shadow of death again and again before we reach the mountaintop of our desires.
12. There can be no keener revelation of a society’s soul than the way in which it treats its children.
13. In my country we go to prison first and then become President.
14. We must use time wisely and forever realize that the time is always ripe to do right.
15. Never, never and never again shall it be that this beautiful land will again experience the oppression of one by another.
16. I detest racialism, because I regard it as a barbaric thing, whether it comes from a black man or a white man.
17. If the United States of America or Britain is having elections, they don’t ask for observers from Africa or from Asia. But when we have elections, they want observers.
18. A good leader can engage in a debate frankly and thoroughly, knowing that at the end he and the other side must be closer, and thus emerge stronger. You don’t have that idea when you are arrogant, superficial, and uninformed.
19. Money won’t create success, the freedom to make it will.
20. There is nothing like returning to a place that remains unchanged to find the ways in which you yourself have altered.
21. Does anybody really think that they didn’t get what they had because they didn’t have the talent or the strength or the endurance or the commitment?
22. Let there be work, bread, water and salt for all.
23. I dream of an Africa which is in peace with itself.
24. Let freedom reign. The sun never set on so glorious a human achievement.
25. If there are dreams about a beautiful South Africa, there are also roads that lead to their goal. Two of these roads could be named Goodness and Forgiveness.

MAY YOUR SOUL REST IN PEACE!