dernières nouvelles
Accueil / Country / Nicéphore Soglo: invited in Pretoria by the chairwoman of the AU 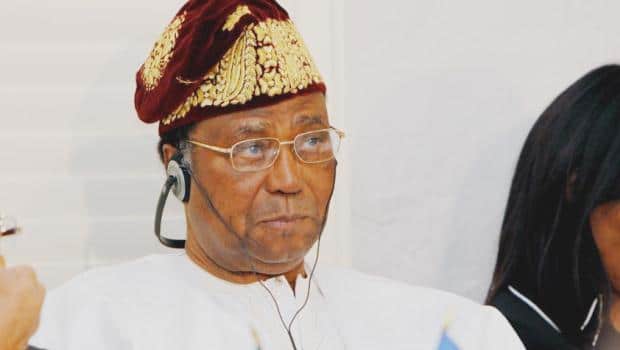 Nicéphore Soglo: invited in Pretoria by the chairwoman of the AU

On the invitation of the chairwoman of the African Union Commission, Dlamini Nkosazana-Zuma, the former president of the Republic of Benin, Nicéphore Soglo has stayed since last Monday in the South African capital town, Pretoria.

During two days, the Beninese former president and the other important personalities of the continent invited at the same time will bring their expertise on the project called « Agenda 2063 » supposed to plan the development of Africa over the next 50 years.

The commission new management team intends to work twice as hard in order to give at the disposal of the heads of States a development plan of Africa over the next 50 years by taking for reference the year 2013.

This is the way the experience of the former presidents known for their implication in the development matters was requested.

The latter have two days of dialogue on the subject, Wednesdays, 10th and Thursday, 11th December to exchange between them.

Separated meetings with the main actors of the AU on definite themes are not excluded.

The contribution of President Nicéphore Soglo is eagerly awaited particularly as regards to the questions of financing seeking.

In fact, this former international State employee was a major component in the programs of structural adjustment in several countries suffering from economic troubles at the time he was at the World Bank.

As such, he certainly has his opinion on the strategies and the mechanisms of resources mobilization worldwide to face the ambitious projects contained in the Agenda 2063.

We should say that without waiting for this initiative by the African Union, President Soglo is already very active in the action committee for the development of agriculture and good governance on the continent.

Moreover, he is just back from a journey in Swiss for a board meeting of Sassakawa that is not other than a foundation much involved in the fight against the world hunger through a support to the populations on the agriculture programs.

But President Soglo is also much known in South Africa for his fights for the revival of the African continent.

With several other South African personalities as Thabo Mbeki, Desmond Tutu or the emblematic Nelson Mandela, the Beninese former president worked a lot on the duty of remember. No doubt that subject on Black consciousness will fill the debates on the Agenda 2063.

It is about the matter of building new Africa very rooted in its history and culture, pledges of a sustainable development and freedom towards foreign powers.