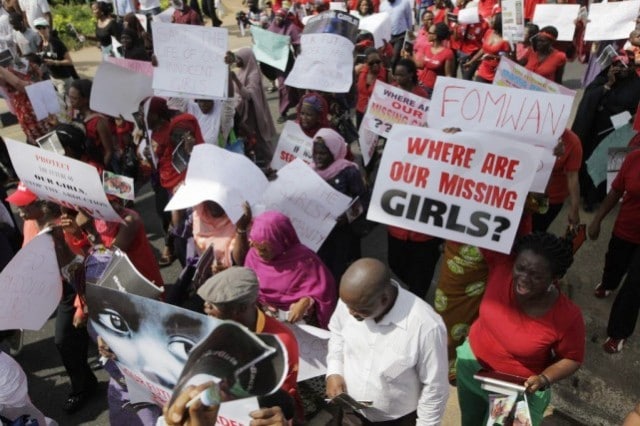 Nigeria: 300.000 USD against information on kidnapping of school girls

Whoever has key information that would lead to the release of 234 high school girls kidnapped at Chibok (northeast of Nigeria), will get 300.000 USD. This was the amount promised reward by Nigerian police that is doing their best to find these hostages whose kidnapping was claimed by the Islamist group Boko Haram.

« Any information received would be anonymously treated and with the highest confidentiality », specified a communiqué from the officer of public relations of Frank Mba police force.

Last Sunday, Nigerian president Goodluck Jonathan, contradicted information according to which the government would be in negotiations with rebels in order to obtain release of the school girls.

As reminder, more than three weeks ago, approximately 300 high school girls were kidnapped by armed Islamists while they were in their high school in the State of Borno.

Eleven other girls were kidnapped on Sunday in villages situated near the hiding places of the activists in a close forest.

Since the time when this massive kidnapping happened in mid-April, Nigerians have been calling up the government to use its power to release the kidnapped high school girls.