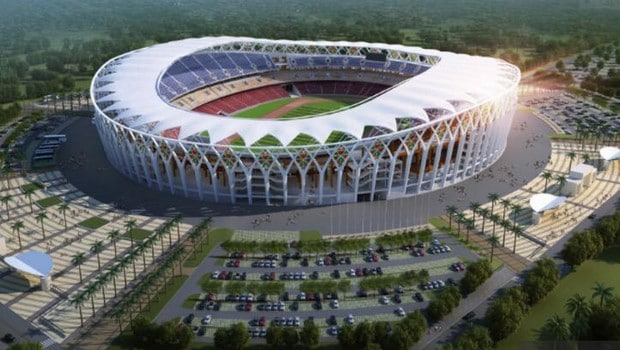 Picture of the day: the model of Ebimpé new stadium (Ivory Coast)

The Ivorian minister of sports, Alain Lobognon, published on the social networks, the first pictures of the model of the Ebimpé Olympic stadium that will be built in the municipality of Anyama (at 25km in the North of Abidjan).

The building work of the new sports infrastructure will start in January 2016. In the end, the stadium that is a part of the building project of an Olympic city will be equipped with 60. 000 seats on 5 levels.

The initiative is beneficial because Ivory Coast, champion of Africa, is the organizing country of the AFCON 2021. For that purpose, it needs modern infrastructures that comply with the standards of Fifa.

The Ivorian minister seized the opportunity to put an end to rumors according to which the Félix Houphouët Boigny stadium will be destroyed.

« Let me to make it simple. I talked to you about the building of the Ebimpé stadium; I did not talk about the destruction of a stadium. It is useless to talk about it because I did not talk to you like that. If such decision is taken one day, you will be informed« , published Alain Lobognon.

We should specify that the Olympic city project dates back to 1970.