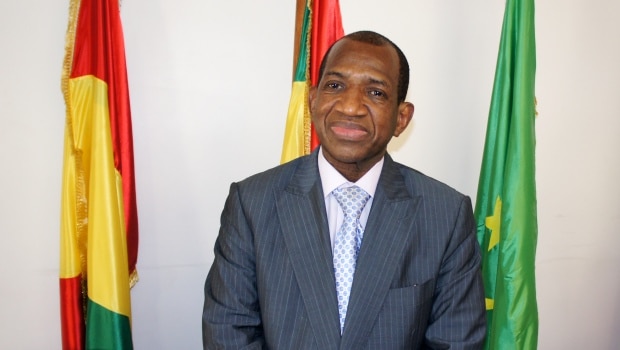 The High-commissioner of the Organization for the Development of the Senegal River (OMVS), Kabiné Komara, is the man that will manage the observation mission for the presidential election of next 25th April in Togo. The man is just appointed by the African Union Commission (UA).

The chairwoman of the AU Commission, Mrs. Nkosazana Dlamini-Zuma, justifies the choice concerned Mr. Komara by his « imposing and rich experience » in his quality of former Prime Minister of Guinea, as well as his « unconditional commitment for the promotion and the consolidation of democracy on the African continent« .

We should remind that Kabiné Komara successfully managed the AU observation mission for the continental organization during the Togolese general election of 25th July 2013.

Besides, he was appointed by the ECOWAS Commission to assure the vice-presidency of its observation mission for the presidential and general elections of Guinea Bissau on 13th April 2014, beside Professor Amos Sawyer, president of the national unity government of Liberia from 1990 to 1993.

Born on 18th March 1950 in Kankan, Kabiné Komara is a Guinean statesman. Married and father of three children, he is competent and considered as the man of such cases.