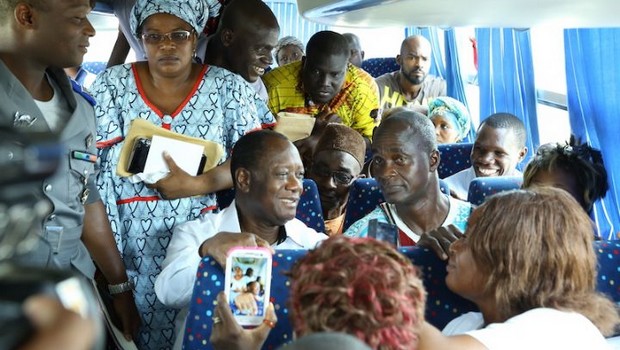 Last Saturday in front of four organizations for the victims of the post electoral crisis, the Ivorian president, Alassane Ouattara, reaffirmed his commitment so that justice is done to all. He appreciated « the sacrifice » by the victims allowing Ivory Coast to find its place in the concert of nations.

The Ivorian president, during his visit in Abobo (North of Abidjan) invited the authors of the harmful facts to apologize to their victims. « If they wish that the nation to do them favor through the president of the Republic, they must at first beg for leniency of the nation and forgiveness from the victims« , declared Alassane Ouattara, evoking thus the condition to hope benefiting from the presidential pardon.