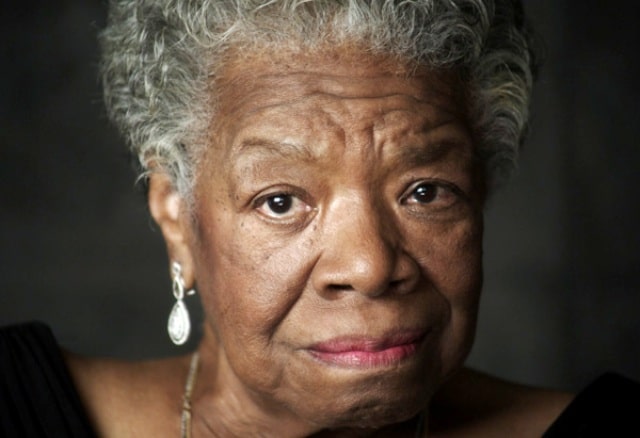 The American poetess Maya Angelou died on Wednesday, 28th May at the age of 86 years old in her house of Winston-Salem in North Carolina, the USA.

The writer, of her real name Marguerite Johnson, was also an actress and an Afro-American activist, become a major figure of the American civil rights movement.

Before writing best-sellers as her autobiographical narrative « I Know Why the Caged Bird Sings« , she had several lives: calypso singer, leading dancer, 17-year-old mother.

She also worked for Martin Luther King in New York, followed the South African radical activist Vusumzi Make in Egypt and was closer to Malcolm X in Ghana.

Maya Angelou had become a national institution. Her books are in school programs to the great displeasure of conservatives. She was particularly invited to read one of her poems « On the Pulse of Morning » during Bill Clinton’s nomination in January 1993.

Recently, she devoted herself to the reconstitution of the grocer’s shop of her grandmother at Stamps, at the request of San Francisco Museum of Tolerance that wished to reconstruct the history of the century through the career path of half-dozen Americans.

She agreed to be an experiment subject by whom personalities found their roots thanks to the DNA. The tests confirmed that her grandmother was the daughter of a 17-year-old slave and her master.

May she rest in peace!