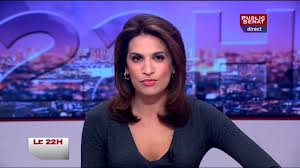 Sonia Mabrouk was born on December 17th, 1977 in Tunis. She made a perfect journalistic performance. After getting her start at “Jeune Afrique” magazine, she is currently a TV newscaster of 10 pm on “Public Sénat”. She is also a journalist on “Europe 1”.
Sonia Mabrouk was certified in the business school IHEC in Carthage. She is also a Master Degree holder in marketing, a Post-Graduate Diploma and a thesis holder at the “Université de Sorbonne in Paris.
She came back in Tunisia and started teaching at IHEC. « After about two years, I went round in circles, she recognized. I wanted to be in full contact with news. I then returned to Paris, jobless. »

She felt on a copy of the “Jeune Afrique” magazine. She kept the phone number of its Director whom she dared call by the way. Béchir Ben Yahmed proposed then her an unpaid work experience for three months. She stayed there three years!« I realized the greatest features to get my own way: put one foot in the service of  politics ». Things went quickly for her and she even succeeded in making an interview to Brice Hortefeux then Minister of Immigration for Nicolas Sarkozy.

Jean-Pierre Elkabbach spotted her and in 2008, « He said to have liked my papers« . He proposed her TV news casting on “Public Sénate”. She then became the first Tunisian TV newscaster on a French national television. At the start of the school year on 2013, she became the presenter of the Debate “Débat des Grandes Voix” on Saturdays from 1 pm till 2 pm on Europe 1 and co-host of Sunday evenings news with Patrick Roger.

Journalist, the charming Sonia has more than one string to her bow. In 2010, Sonia Mabrouk created, with the sponsor and the member of the “Marc Ladreit de Lacharrière” Institute, the Mediterranean Association of unrevealed museums (AMMed). The objective consisted in emphasizing on museums and cultural places of less known by the general public in order to promote dialogue and link between people on both banks of the Mediterranean Sea.
In December, 2010, she received the Trophy 2010 of Success, awarded by the France-Euro-Mediterranean National Assembly Association (FEM).
Her secret: « I work hard in order to deserve my post! »

We shall also note her opposition to the representation of the diversity on the TV: « I am totally against. I refused to participate in castings of diversity. The principle even shocks me. I would refuse them all. And I encourage everybody to do it. I know we can differently achieve it, thanks to one’s endeavour. »
She also spoke with a lot of hope of the Arab Spring of 2011: « my grandmother and my mother demonstrated together. They lived it as a revival. The Tunisian future is feminine.  »
It is said! 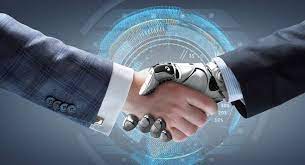