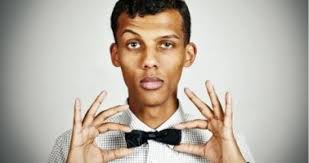 Stromae: in Alger on 30th May!

It is now official that Stromae will be in show on the next May, 30th at the Dome of the Olympic complex Mohamed-Boudiaf of Algiers (Algeria). The news was published on the site of the artist and on his official Facebook page. The fans of the Belgian singer of Rwandan origin are thousands on the African continent. Popular in the tropics with the song « Formidable », Stromae is eagerly awaited by Algerians.

After Algiers, the artist will present on June, 2nd at the Festival Mawazine in Rabat (Morocco). Only these two African cities are scheduled in the annual diary of Stromae contrary to the rumors that announced him in Rwanda.

Stromae (back slang of maestro) succeeded in imposing his song « Ta fête » (Your party) as the hymn of Les Diables Rouges of Belgium during the next World cup that will take place in Brazil.

Born on March, 12th 1985 in Brussels, Stromae was a famous unknown person in musical world before the release of his 1st album Cheese in 2010. Three years later, he brought out Racine carrée, his second album. The clip of the song « Formable » was watched by 3 million Internet users in 3 days; a record for a Belgian artist. « Papaoutai » and « Tous les mêmes » are among others the songs of the artist that are played on a loop on radio stations of African capital towns.