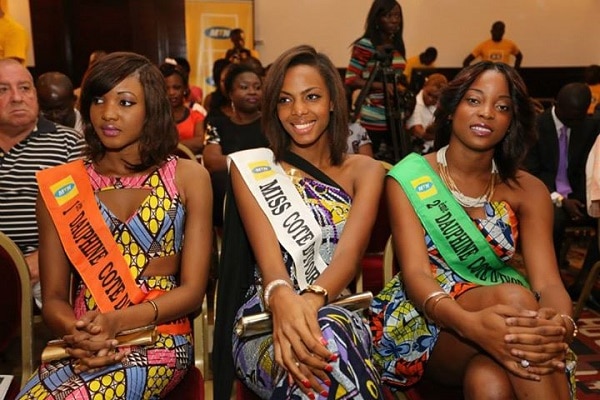 The face of the beauty of Ivory Coast

Would the region of Haut-Sassandra be the cradle of the beautiful girls of Ivory Coast? After Dorcas Séry the wife of the international Didier Zokora (in 2005), it is now the turn of Jennifer Yéo’s, also native of the locality to wear the crown of the most beautiful girl of Ivory Coast. The ceremony took place on Saturday, 7th June at the Palais des Congrès of the Sofitel Abidjan Hôtel Ivore.

Her election made unanimity in the press of Ivory Coast. Jennifer Yéo (18 years old) with her perfect measurement (1,80m and her shining beauty succeeded in outclassing 25 other competitors in race for Miss Aïssata Dia’s succession (winner of the previous edition).

Student in first year of two-year technical school (BTS) in accounting, the new queen of the Ivory Coast beauty succeeded in convincing the jury during her passages in traditional attire, then in Olympic dress. Her eloquence and her message concerning the theme of reconciliation greatly worked in her favor.

On the podium, the new Miss Côte d’Ivoire 2014 was surrounded with her dauphinesses Traboulsi (1st) and Ananttys Kouamé (2nd). The charming world champion of Taekwondo Cynthia Kragbe was not as high as expected.

The edition 2014 of Miss Côte d’Ivoire was a success according to the organizers. The event got the participation of several personalities among whom the First lady of Ivory Coast, Dominique Ouattara, Chief Mandela, the grandson and the leader of Nelson Mandela’s family, the Ghanaian Carranzar Naa Okailey Shooter, the 2nd dauphiness of Miss World, Miss Togo, Guinea and Cameroon.