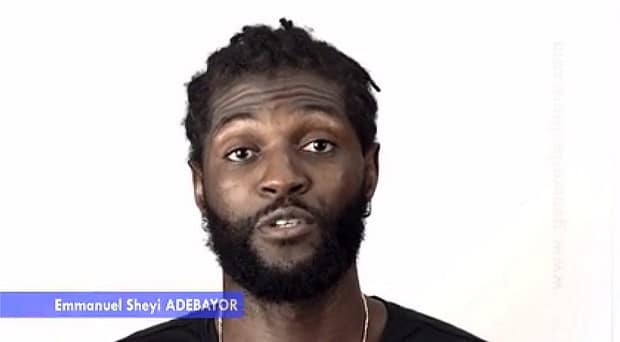 Started on 10th April, the campaign for the presidential election of 25th April 2015 will come to an end on 23rd April at 11:59 pm in Togo. For the moment, outgoing president, Faure Gnassingbé, is the most visible on posters and during meetings. The candidate of the Unir (Union for the Republic) party have just benefited from a big support. The Togolese International footballer, Emmanuel Adebayor Sheyi, mobilizes the Togolese to trust the outgoing president, Faure, who is at the end of his second mandate at the head of Togo.

« What I notice is that the country is happier (…) It has progressed a lot in several domains till the point to be admired by other African countries (…) I trust President Faure to unite the country and build a great nation. » These are the words used in a video by the captain of the Eperviers of Togo to mobilize the population to vote for Faure Gnassingbé in the presidential election of 25th April 2015.

The speech of the striker of Tottenham is variously appreciated. It is the first time in Togo when the footballer clearly expresses his political opinion. Adebayor Sheyi is not the only Togolese star to swear allegiance to President Faure during these campaign periods. All the cream of the Togolese music artists including the emblematic Toofan group praises the outgoing president. The king of the Togolese traditional music, King Mensah, whose name can be heard in several propagandist clips for the president, on his side, denies any implication in the realization of the aforementioned videos. He rather says it is an « error« .

As a reminder, five candidates are competing for the presidential election of 25th April 2015. They are the opposition leader, Jean Pierre Fabre, Aimé Gogué, Gerry Taama, Tchassona Traore and Faure Gnassingbé.