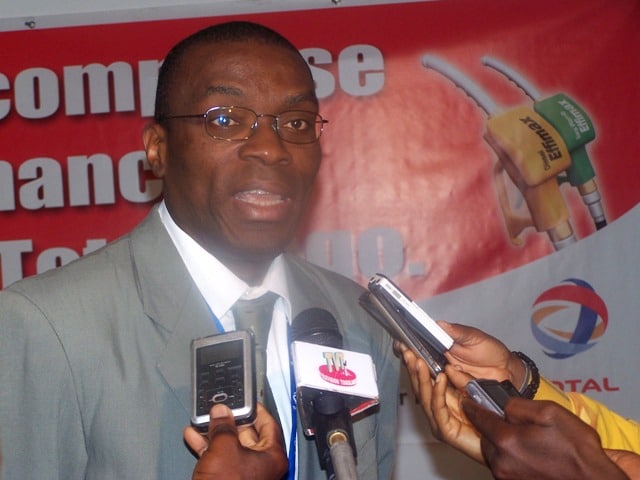 Five delivery drivers of the partner transport companies over a total of 38 of the French oil company, Total, were rewarded on Monday, 30th June in Lomé for their performance between 2013 and 2014.

According to the persons in charge of the oil company, this action aims at encouraging these delivery drivers to have showed and to continue to adopt « irreproachable behavior » on roads and towards filling stations.

According to the Managing director of Total Togo, Abel Nandiolo Koné (picture), this award ceremony participates in the policy of control of the road risks related to the transport of their products.

He supported that the drivers’ behavior on the steering wheel is one of the priority axes on which they focus for the stability of road safety to reach the objective of zero accident on roads.

Total Togo, through the implementation of its voluntarist transport policy, would besides want to continue making a commitment beside authorities, in the approach « road safety » introduced by the government and to play its partition in the sensitization of road users.

In other words, Total Togo intends to value the respect for the current local regulations and the conformity with their standards regarding road safety.

The year 2014 being declared in Togo as year of road safety and on the other hand, the year of achievement of efforts already undertaken by Total Togo several years ago regarding road safety.

In the rank of the prize-winners and in the order of the merit, appeared Mr.Yaovi Nougbléga of the transport company Djomatin, who won a refrigerator, Kodjo Kpadé, television, Bebo Akouto left with a home cinema, Mamadou Moussa of the transport Renaldo received a fan and Makpé Tomina of the transport Djomatin to whom was granted a TV table.