dernières nouvelles
Home / Country / East Africa / Kenya / Uhuru Kenyatta: by the side of the Sub-Saharan Africa 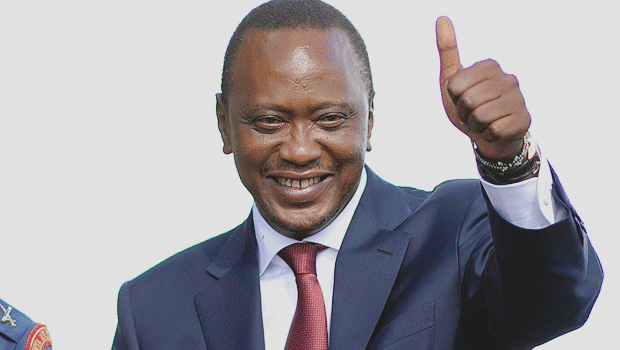 Uhuru Kenyatta: by the side of the Sub-Saharan Africa

The Kenyan president, Uhuru Kenyatta found better than taking part in emergency meetings here and there on the Ebola crisis.

He recently promised that Kenya would not abandon the West African States affected by the Ebola virus.

Well, he seems to keep his promise through a very praiseworthy gesture towards his brothers and sisters of the continent.

In a communiqué published on Tuesday, he announced that his government would free one million dollars « to help fighting against the Ebola virus that is spreading in the countries of West Africa« .

For Mr. Kenyatta « the epidemic of Ebola has an unprecedented size and complexity and has a very negative impact on health systems« .

« Show our solidarity with our African brothers and sisters during the periods of adversity is a part of our foreign policy« , he underlined.

The Kenyan leader specified that « the donation is offered on-line with the foreign policy by Kenya on the African solidarity« .

He moreover reassured that the surveillance of borders will continue to assure the protection by Kenyans against the Ebola virus.

Let us remind that it is said that the epidemic of Ebola in West Africa could be stopped within a period from 6 to 9 months provided that a « world important action » is implemented.