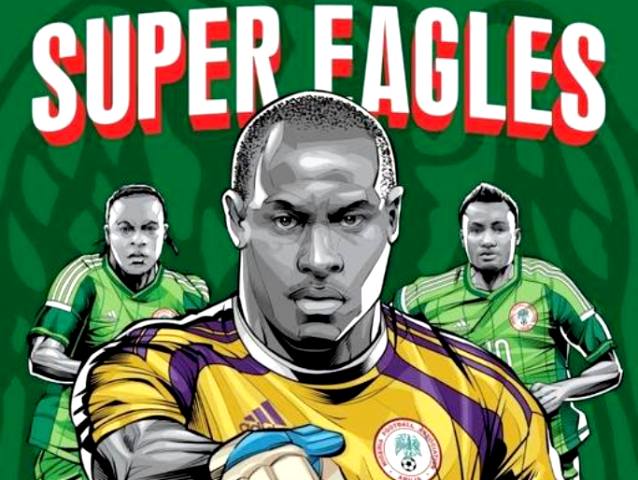 On the order of the American channel ESPN which will broadcast the whole of the matches of the World 2014 starting on the coming 12th June in Brazil, Cristiano Siqueira, a Brazilian artist, drew unusual posters in the images of the 32 teams participating in the World cup.

This with the aim of making increase the impatience of football fans while making them image what they await.

On these posters, the plastic artist draws the name of the team and the picture of its main players, those who make its international fame.

African continent is really honored because it is highly represented on these posters.

Besides its five qualified teams for the world cup, Africa is famous for its great players.

France is thus represented by Karim Benzéma (of Algerian origin) and Franck Ribéry. Italy is personified by Mario Balotelli, the famous striker of Ghanaian origin.

Eto’o for Cameroum and Yaya Touré and Didier Drogba for Ivory Coast are also noticed.

Algeria, Ghana and Nigeria that have fewer known players are also represented.