dernières nouvelles
Accueil / Fashion / Awa Fadiga: the death of a model that is shattering Ivory Coast! 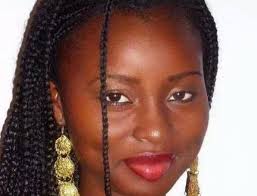 Awa Fadiga: the death of a model that is shattering Ivory Coast!

She was very smart and had a promising future!

Awa Fadiga, a young 23-year-old model from Ivory Coast is gone. She died last Tuesday at emergency of Cocody Teaching Hospital in Abidjan. And according to her close relations, she would have been saved if she had been well taken care of upon her admission to the hospital.

The tragedy was reported by site des Observateurs de France 24.

The emotion is very great and has provoked a deep stir in Ivory Coast. A Facebook page is created: «Awa Fadiga, stop, no more this» and over 1O OOO « like » so fast!

Awa Fadiga would have been attacked on 23rd March at early evening with bladed weapon by a taxi driver. Passers-by came to her assistance around 11:00 pm. She was then taken care by the help. According to the Ministry of Health, she was already « in a comatose state ».

But according to her close relations, she would not be taken care of till 01:00 pm the next day since her admission to emergency. « The reason would be non-payment of medical expenses required by the hospital », they asserted.

The young model died on Tuesday at 07:00 am In spite of several hours of intensive care.

The hospital, joined by France 24, denied via its communication department this version of the facts and asserted that the young whad been well taken care upon her admission.

In a communiqué published on 25th March, the ministry of health also confirmed that Awa Fadiga « received the first medical aid required for her state by venous line including a cleaning and body care by the waitresses with soapy and antiseptic water ».

The ministry considered that the victim « died further to an inadmissible and unbearable aggression which does not engage the responsibility of health services. »

Case to be followed…