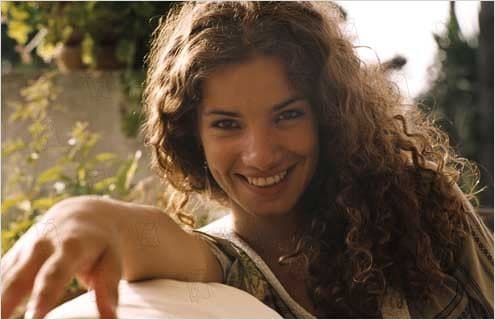 Laïla Marrakchi was born in Casablanca, on 10th December 1975. She brought out her new movie “Rock the Kasbah” on 11th September in France and on 18th September in Morocco.

Laïla Marrakchi made her studies in France. She is a post-graduate diploma holder in film and audiovisual studies at the University Paris III. She was married to the director Alexandre Aja (The hill has eyes, Mirrors…), son of the film-maker Alexandre Arcady.

She produced her first short film in 2000 with “L’Horizon perdu”. She was also known by the way for her documentaries: “” in 2001.

In 2004, she produced her first full-length film, Marock, which she presented at Cannes film festival in 2005. The Islamists of Justice and Development Party (PJD) called up to the boycott of the movie for which 150 000 copies entered Morocco, as many as France.

For her, cinema is « a mirror that it is necessary to brandish in face of Moroccan ». With Rock the Kasbah, she attacked other sensitive subjects: disparities between men and women, sexual hypocrisy. A movie that she knows will be controversial.

She declared the rest in Jeune Afrique magazine: « My movie is not really rock ‘n’ roll, but also it carries a message of freedom. Sofia, one of the daughters of the family who works in New York, made all exploded when she came back to family house. She set fire Kasbah, not really naturally, but in a symbolic way. The message that the movie carried is enough « large » for the Westerners, but not the same for Moroccans (…) Since the coming to power of Mohammed VI, women gained rights. But certain problems are not settled of which, the question of inheritance which remains very unequal. It is one of the subjects approached in my movie. I moreover strongly discussed on this matter with male actors during the shooting. Men inherit more and are supposed « to protect » their women and their families, what is still not the case in the reality. (…) The situation naturally evolves in big cities, but most of the time, Moroccans are condemned to schizophrenia. Moroccan penal code also leads to dirty situations: I think of the suicide of a girl in order to escape a unwilling marriage with her rapist, last year. »